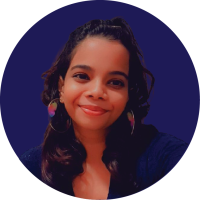 Are we leaders simply because we have responsibilities in an area of business? Or are we leaders because there are those that choose to follow us? Perhaps it’s the title or position we hold in the workplace? Take a minute to think about it, how would you define a leader?

After much contemplation, I’ve come to the conclusion that a leader today is someone who inspires growth and leaves a positive impact on the people around them.

The younger generation today are rejecting traditional leadership and are no longer afraid of quitting when employers aren’t meeting their expectations, so being a great leader today would require you to be able to cater to their needs. Let’s take a look at some of the qualities that a great leader should possess.

In his theory of leadership, sociologist Max Weber proposed two basic paradigms within which leaders worked; Transformational and transactional.

He defined transactional leaders as those who take on a managerial approach to leadership. These are leaders who maintain routine by managing individual performances and facilitating group performance. A relationship with a transactional leader is often described as one of quid pro quo - or this for that. Followers are rewarded for doing something good and are punished when they do something wrong.

Think about your typical boss. What he says is what you do. Everyone is crystal clear on their tasks and goals. If you do well, you’ll be rewarded and if you don’t, you might have to say goodbye to your job.

While this approach can work effectively to a certain extent, it is not a place where creativity and innovative ideas are valued. Perfect for structured jobs such as in the military and with first responders, it might not be as fitting in other sectors where millennials are seeking equity, transparency, flexibility and purpose more so than any other generation.

This is where transformational leaders have the upper hand. Transformational leaders are not afraid of approaching matters from an entirely different perspective. In our networked, matrixed, ever-changing organizational structures, a leader today must be able to brace changes like a pro. One day we’re sitting at our desks in a cubicle and the next we are working remotely. These leaders welcome change and are open to new ideas, and the best part is that they also have an exceptional way of empowering others to embrace changes too.

Often charismatic in nature, transformational leaders are able to inspire their followers to change their expectations, perceptions, and motivations to work towards common goals. Here’s how they do it:

In case you’re wondering, transformational leadership is nothing new. Mahatma Gandhi is a great example of a transformational leader. It was never about power, but more of a shared need for success. He might have had rather unconventional ways to succeed in his mission, but they worked. In the process, he was able to gather thousands of followers without having to force any of them into anything.

Great leaders are often one step ahead of everyone else because they see things before others do. They constantly seek the opportunity to change or improve something. When everyone else is sitting in contentment, visionaries are looking at what’s missing.

The well-known duct tape was an invention of World War  II where it was used for everything from securing machinery to bandaging the wounded. Then came along Jack Kahl, 38 years later, who trademarked the duck tape under the brand “Duck Tape” and became the first person to manufacture it in a variety of colours.

Today Duck Tape comes in a variety of colours and patterns and is used by many for their various crafts and DIY projects. I mean who would have seen the potential in coloured duct tape?

That’s why visionaries stand out. They see the possibilities that are most often overlooked. With 76% of business owners claiming that their business today is where they envisioned it would be when they started it, having a vision is undoubtedly necessary for achieving one’s goals.

Not only are they able to see a grand vision, but great leaders are also able to help others see this vision too. It’s one thing to have an amazing idea, but a whole other, to get people to believe in your vision and to support your endeavours. Great leaders are exceptional in uniting their people and the organization to work towards a shared vision.

One remarkable visionary was President John F. Kennedy.  He was able to rally in the support of the nation with his plan to “put a man on the moon”. But it was more than just a vision. It was a clear vision. He was well aware of the enormous human efforts and expenditures that were needed to make Project Apollo a reality by the year 1969. And he was upfront about the anticipated costs with his followers: “531 million dollars in fiscal ’62—an estimated 7 to 9 billion dollars additional over the next five years”.

Having innovative ideas and impressive visions alone are meaningless if they are not worked upon. You’ve got the idea, you’ve charmed everyone else into believing in your idea, now you have to put in the work. Being a visionary also means that you have the ability to see clearly the course of action needed to achieve your vision. Visionaries set clear goals and empower their team to act on these plans.

Great leaders are coaches, not bosses

For his book “The Future Leader” author Jacob Morgan interviewed over 140 CEO’s, to get a better picture of what skills they thought would be important for leaders in the next decade. What he found out was that the most common answers were “future leaders must be great coaches”. Studies have shown that companies with better coaches have three times as many people who are willing to go the extra mile.

So what’s the difference between being a coach and being a boss?

Like any other leader, coaches guide their followers. The only difference is that they do it by motivating and inspiring their team instead of taking on a more authoritative approach.

Coaches are present. They engage with their employees. They are involved in the process of achievement, providing their employees with constructive feedback and support without micromanaging them.

Yes, being a coach means having a lot of faith in your followers and trusting that they too are working towards this shared vision. But if you think about it, you’re a full-grown adult who’s capable of handling your work, would you really like to be micromanaged and be treated like a child?

71% of employees said being micromanaged interfered with their job performance and 36% actually changed jobs because they were being micromanaged. In fact, when employees are trusted to make decisions and work autonomously, there is a 78% increase in engagement. So no, your employees aren’t necessarily going to be MIA because you left them alone.

On a side note, if you believe that you can get your employees to do their best by just paying them, I hate to break it to you, but you’re not quite right. A study by Krüger and Rootman found that monetary rewards had the least impact on employee motivation compared to six other factors: interesting and meaningful work, recognition and feedback, empowerment, working conditions, strong leadership, and workplace fairness.

Unfortunately, money alone isn’t going to get your employees to stay a long time nor is it going to push them to go the extra mile. If they are there solely for the money, then you can bet that they are only going to do what needs to be done so that they can collect that paycheck at the end of each month. Great leaders are aware of this.

But what is engagement without authentic connection? When leaders don’t value real connections:

To develop connections, leaders have to know their employees as people. Not just employees, not just workers, not just there to get the job done, but as people. It’s time to ditch the quarterly performance reviews and yearly engagement surveys and have real conversations with your employees about their personal goals and dreams instead.

Solely having these conversations won’t be enough though. Great leaders take into account their employees' perspectives and problems and make plans for change. Employees who feel that their leader is invested in caring for them are more willing to work harder. Leaders who show how much value their employees can see up to an 83% increase in engagement.

Apart from valuing their connection with their employees, great leaders also find it important to have their employees be connected to one another. A team that is connected works better together, and are able to mentor and guide each other.

When employees are more connected to their teams, there is a 131% increase in feeling like they continuously learn new and valuable things. This in turn, encourages employees to help one another without constantly seeking supervision or assistance from their leader. A solid team should be able to depend on each other. Great leaders ensure that their employees always have support when they need it.

To keep up with the rapidly changing world, modern leadership requires one to have chameleon-like adaptability. A decade from now, it’ll be evident that successful leaders are those who can keep up with the ever-changing ways we think, work and live. Staying stuck within rigid systems will only bring about considerable challenges for leaders and organizations.

Which type of diction will you try first?

A creative writer and a mental health enthusiast at heart, I enjoy exploring the worlds of both personal and professional development. Through my work, I am focused on giving my readers an eye opener, and the push they need to take that first step towards something better.

With over 300 clients across the Asian region and more
than 20 years of experience, Hexa Business has an
extensive understanding of industry insights
and employee management.

Your Guide to Better Business

What works, what doesn't, and what's trending
in the world of business

Best of the Blog

7 Incentives for Small Businesses to Keep Up With Technological Change

The Roadmap to Successful Global Expansion in 2021

5 Ways to Tackle the Hidden Challenges of Time Management

Where Will Outsourcing Take You 1 Year From Now?